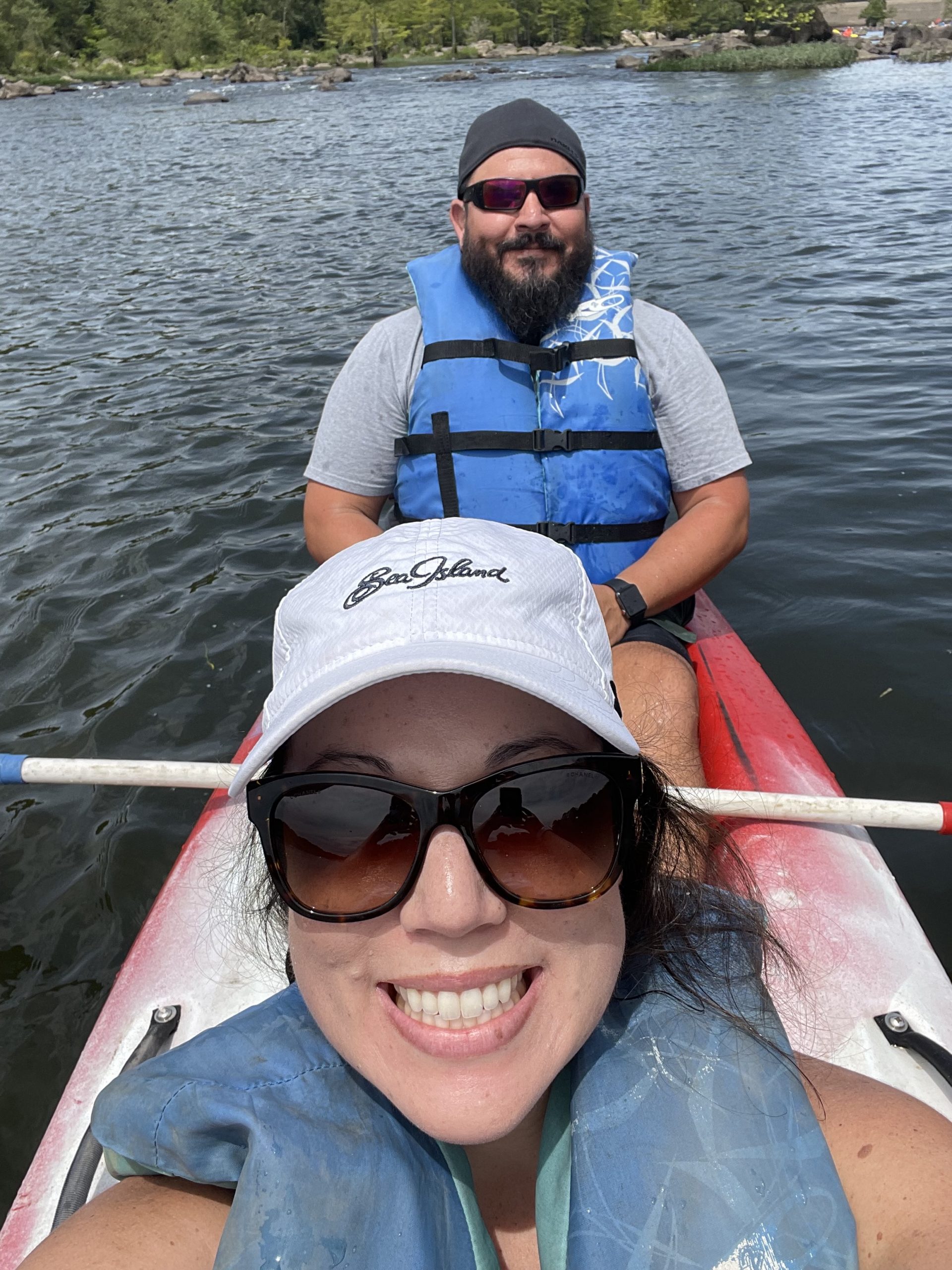 I’m sharing part II of our trip to Broken Bow, Oklahoma today. If you missed part I, you can read that post here. Yesterday I shared details about where we stayed – and some things to explore in the area. And today, I share some details on kayaking in Broken Bow.

Sometimes when we travel, I like to have a full itinerary. Especially if it’s a bucket list trip like my trip to Japan. I had so many things that I wanted to see, so a packed itinerary was a necessary thing. Now, I went into our Broken Bow trip with zero plans on the agenda. It’s been such a busy couple of months that I wanted us to be able to relax as much as we wanted – or stay as busy as we wanted. And, I think we ultimately ended up with a good mixture of both.

After we saw how clear the water looked that first day, we decided that we wanted to do a water activity on Saturday. And, since we love kayaking, we decided that it would be a great way to explore. We didn’t bring our kayak with us, but the cabin would have had more than enough room to store it on the deck. I checked with our Airbnb host to see if he could recommend some reputable kayak rental companies, and he suggested River Rats.

So, I got online to reserve our time slot for 9 a.m. It was $50 for a tandem kayak. Now, when we woke up Saturday morning, it was raining, so I knew there was no way they would let us out on the river in the middle of a storm. So, we called, and they said they would give us a heads up when we could head their way. It was about a 20 minute drive to their location. We received a call around 10 a.m. that said we could show up at anytime, and they would let us out on the river. So, we made our way there around 11.

Because there was a backlog of people who were also delayed by the rain, things were a bit hectic when we arrived. We ended up waiting about an hour for our turn on the river, but we weren’t in a rush. They load you up with their kayaks and vans and drive you to the drop in point.

It’s super important to note here that these were class II rapids. Which I had never paddled before, and it sounded scary. I was a bit nervous, but when I saw kids waiting, I knew I could definitely handle it. I like to ride tandem with Aaron, and even more so when there were some rapids involved. River Rats takes you out on Mountain Fork River, and it’s a 4-mile paddle.

This float involves several rounds of rapids and a 3-foot waterfall. Don’t let this scare you. The water was clear, cool and gorgeous. In fact, it might have been the best water I’ve ever paddled on. As soon as you launch, you are met with your first round of rocks, which Aaron and I were able to easily navigate through. The river was running a bit fast because of the rain, but it ended up being fine.

Next, you come to another round of rapids, where the guides tell you to take the left side. We managed to make it over without flipping ourselves over, but several people had come out of the kayaks at that point. Everyone wears a life vest, and the water was not terribly deep (maybe about 4-5 feet).

Once you pass that round of rapids, the river gets calm. And you can take in the sights. I was able to look down and see fish and turtles. It wasn’t long until we encountered our next round of rapids, and we got a bit hung up on the rocks. We navigated out of those, and went over the waterfall. Leaning back in your kayak is the key to not flipping over. I did get wet, so wear your swimsuit, but the water felt awesome.

We were able to pull over after the waterfall to a little rocky area – and get out to play in the water a bit. Once we got back in our kayak, it was a short paddle to the finish line. There is a bridge that you come to where you will see all the kayak companies helping you out of the water. They picked up us and took us back to the their headquarters. The float took us just under two hours from start to finish, and I will 100% do it again. It was so much fun, and you don’t get to see water that clear just anywhere.

Our last night in Broken Bow

We were pretty tired after our kayak adventure, so we were headed back to our cabin. But, we needed a snack. So we stopped at the Hochahut, which has some delicious corndogs. Does that sound a bit strange? It wasn’t. I was hungry, and the Hot Mama hit the spot (it had jalapeños inside).

We headed back to hang with the dogs, and we did dinner at the Shuck Shack since we weren’t super hungry. A bowl of their clam chowder hit the spot. We made it back to the cabin to a pretty neat show from all of the fireflies. We called it a night after that.

Our checkout time was 11, so we were up early Sunday morning to load the car back up to head to Houston. You must stop at the Gasquatch on your way out. Now, I’ve failed to mention that Broken Bow and the surrounding area has a pretty big fascination with Sasquatch, since they have had some sightings in the woods – so it’s kind of a big deal, and I got a giggle out of some of the merchandise at Gasquatch.

Hope you enjoyed following along with our Broken Bow trip! We will definitely be back at some point. I’d love to explore some hiking trails, rent a boat – and even do some of their ATV tours! 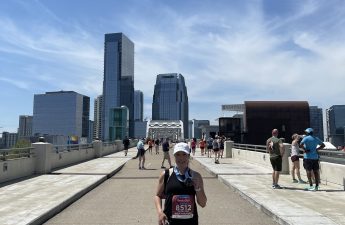 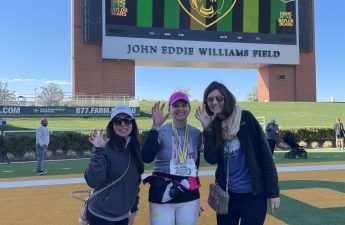