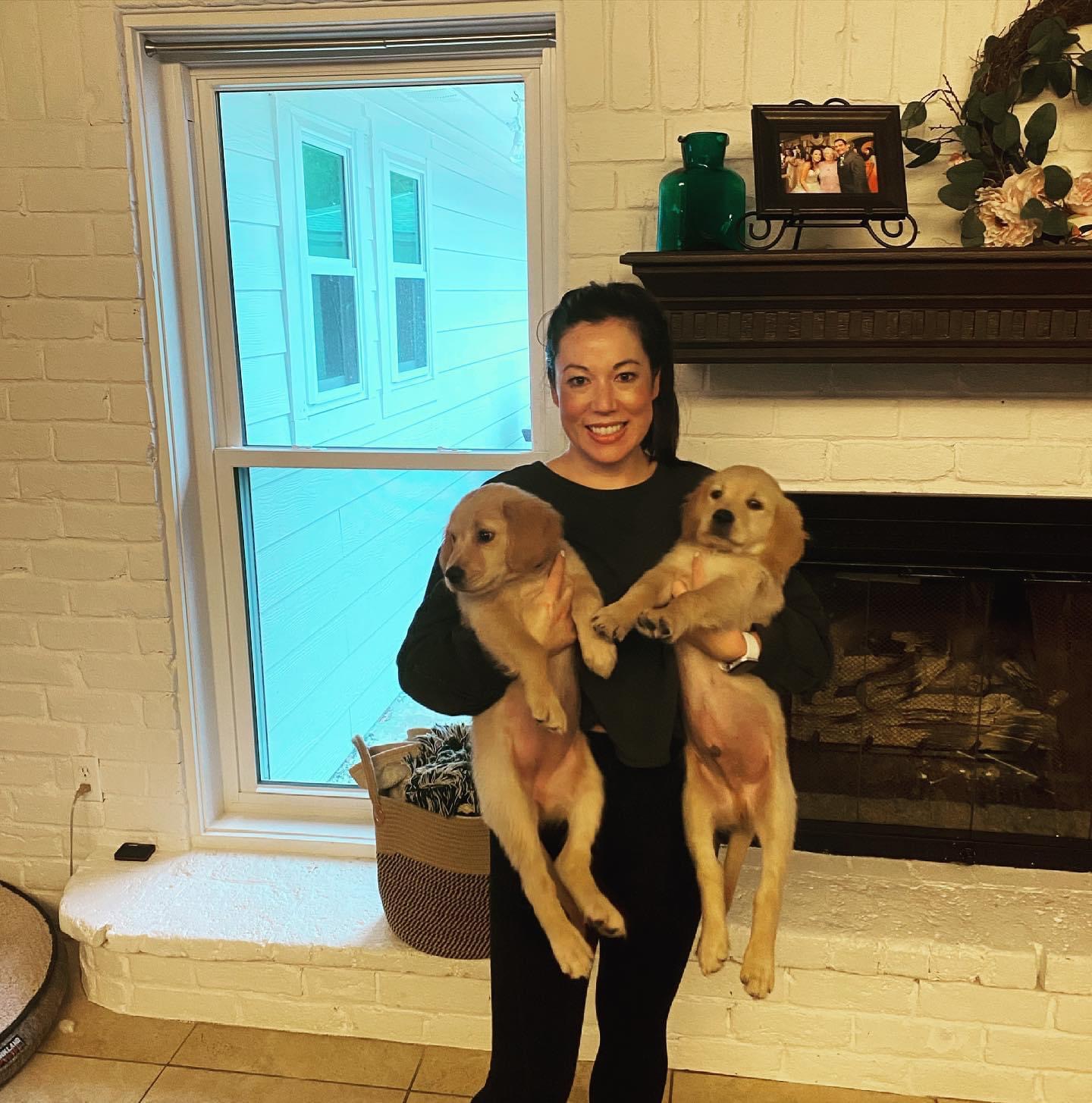 I thought I’d give you guys a brief update on the pups. The last update I did with them, we had only had them for three weeks. Now that we’ve had a chance to settle in, I’ll let you know how things are coming along. So, consider this your 1.5 month pupdate.

Today, the puppies are 12 weeks old. They have tripled in size since we brought them home. When we took them to the vet last, they weighed 14 pounds and 14.5 pounds.

Crate training is going decently. They sleep in the same crate at night, and they like to snuggle together. They don’t whine or bark at night, and they are sleeping through the night. I go to bed between 11 and midnight, and I”ll take the out to the bathroom one last time before I put them in their crate.

My husband will take them out when he gets up at 5:30, and he can usually put them back in the crate where they will sleep until I get up around 7ish – or he hangs out with them.

We crate them in the same crate when we leave the house to go anywhere, but I have plans to separate them into their own crates once they get a little bit bigger. I stick a towel in there with them and some toys to keep them busy. I also leave the tv on, which seems to help because they have some background noise.

The spuds are very curious about the pool, so we’ve started letting them in if they want. We have step that is shallow enough where they can sit and stand with their head far above the water. We’ve also been holding on to them while they test out their little doggy paddle. They are mainly just curious right now. They don’t love the water – probably Cali moreso than Tex. She’ll stick her head up, blow bubbles and use her paws to splash around.

We do have to be very careful with them when they are in the yard because our pool isn’t covered at the moment. So, if the dogs are outside, they always have a human with them.

My vet wanted to start all of their vaccinations from scratch, which means that it’s going to be another couple of weeks until they are fully vaccinated. So, we’ve mainly been trying to keep them contained inside the home and our yard. They don’t have any interaction with other dogs – and we aren’t taking them on walks.

I am working on some basic leash manners around our yard so when they are fully vaccinated, we can start taking them on walks. They love their yard, though!

I had a lot of people warn us about littermate syndrome, which can happen when you bring home siblings. It basically means that they can have some issues with aggression or attachment to one another – and not bond with their humans.

Luckily, we try to work with them separately, so they know that Aaron and I are in charge. They both seem to have their little independent spirits, and more of their individual characteristics come out each day. They love to snuggle each other, and it’s really the cutest thing to see.

I don’t want to jinx it, but we’ve gone three days in a row without any accidents in the house. The downside was that we weren’t quite sure which of the two dogs was having accidents (maybe both). But, so far, so good. I am still taking them out after every meal – and I try to take them out every hour on the hour. I feel good about the progress we are making, but they are still so young – so I’m not holding my breath. Stay tuned for my next update – and I hope I have some good news on the house training front.

How do I feel about two puppies?

I feel much better about having two now than I did the first week or so. They mind pretty well – and they are super sweet. I think that it would have been incredibly hard on such a young puppy to lose Buttercup, so I’m glad we have two now to keep each other company.

I do think that Aaron and I will participate in some dog training classes once they are a bit older, and we can’t wait to start taking them out on walks. I’m really glad that we have them, and like I said on Monday’s post about Buttercup, they have really been more healing to our family than they know! 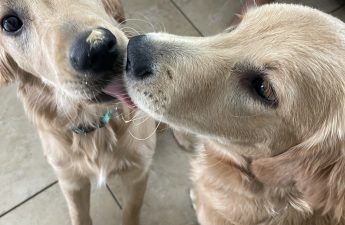 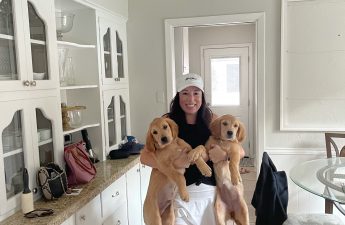 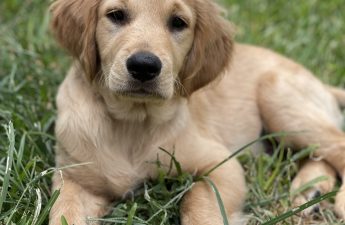