As I mentioned in my introduction post, Aaron and I just moved from one of those three-story townhomes near downtown Houston. Aside from wanting to actually start building equity in a home (hello, adulting), part of the reason we bought a new home was for my 12-year-old golden retriever. He was having a really hard time going up and down all those flights of stairs. We also didn’t have separate, dedicated office space. So, many times, we would find ourselves talking over each other in conference calls, webinars, presentations…. you name it. And, during the course of quarantining, I claimed our dining room table as my “flex office space,” which was not a sustainable solution for obvious reasons.

We have been on and off looking for a house to call ours for several years, but were never really serious about the process. Once we decided that the time was right – one of the things we added to the checklist was having some office space that each of us could call our own.

The original owners of the home had two young kiddos. When we went to go see the home in person, she had this great space she dedicated as a play area for her kids. It’s near the front of the house, has some great windows and can be closed off with doors. I immediately knew that if we got this house, that I wanted that as my office space. Right now, I’m working 100% remotely, but in March, I’ll be remote-working 80% for the long haul.

So, here it is before our sea of moving boxes took over the space: 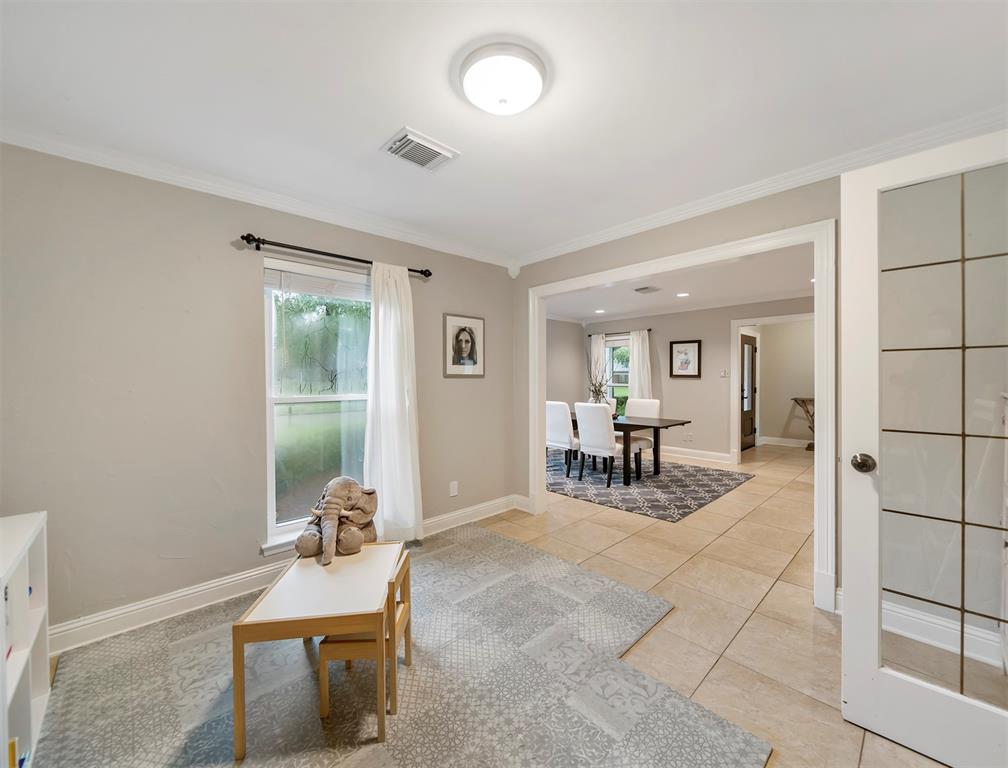 She had great taste and used the space wisely. Now, I’m having fun choosing some new pieces for my new office. The desk I’ve been using has been mine since grad school I’m pretty sure. So, it was time for an upgrade. I’m still deciding between some new options – and admittedly, can be a very poor decision maker when it comes to too many choices. Here is the space now: 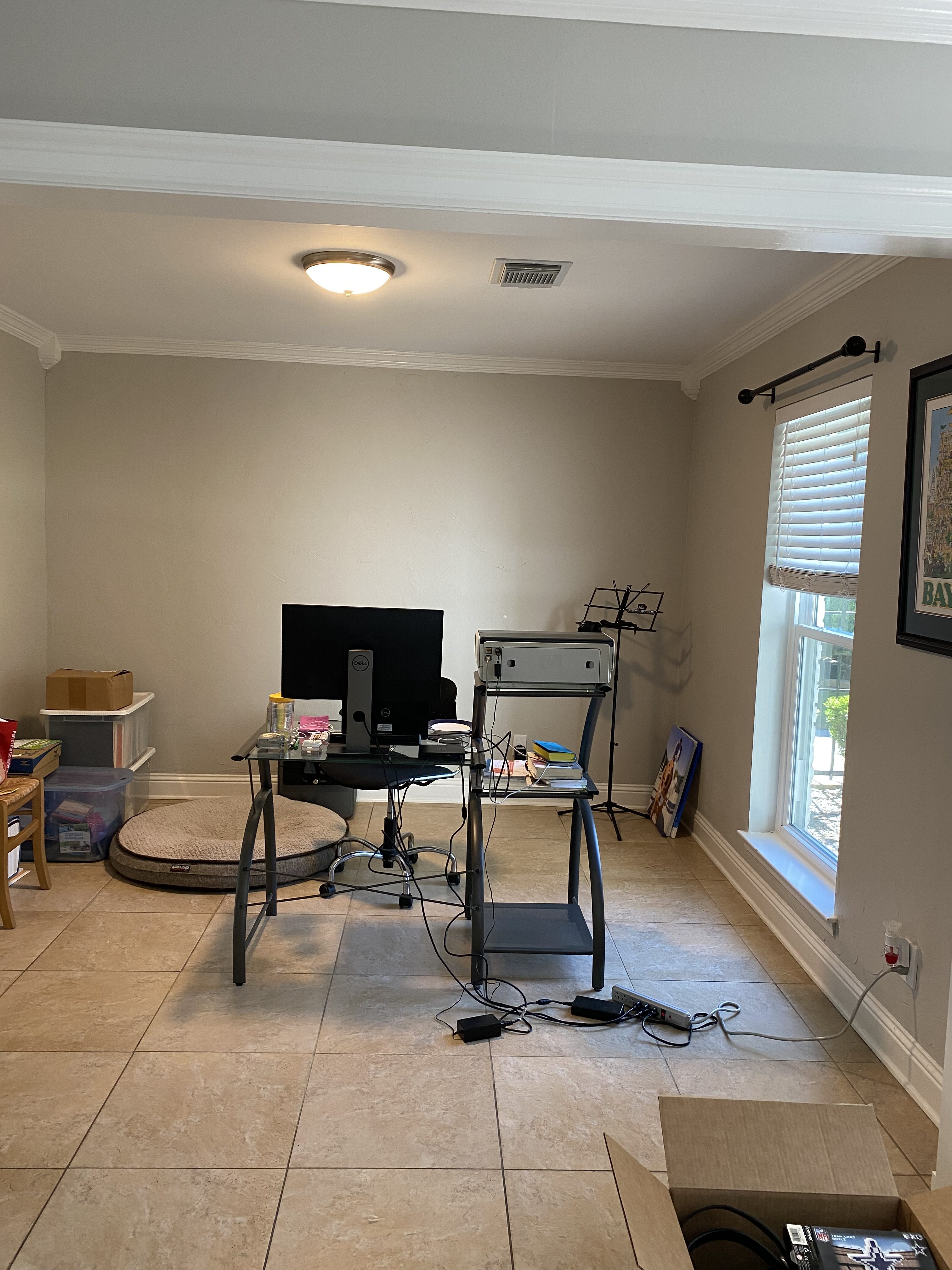 It’s kind of a hot mess to say the least, but I needed a quick, temporary setup where I could at least work while we get this put together. The dog bed is going to have to move its way out of there, along with all of those boxes, but….. I wanted you to at least get the idea of where I’m headed.

My vision is white with pops of colors. I’m going with a white desk, some white chairs, and I did purchase a pretty bold-colored rug. I’ll show you when it arrives. The desk will still be in the center of the room facing outward, but the printer will have it’s own space on a small cabinet underneath my Baylor photo (sic ’em Bears), which I finally have a spot to hang. I also need to get creative to cut down on some of my cords. I’m also looking into some credenza options with some storage (because you can never have enough storage) to go along that back wall where the kids’ storage cubes were previously. And, I’ve had my eye on one of these pieces for a long time that I think would make a great office piece. 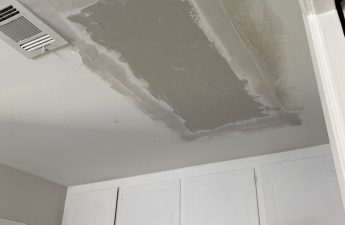 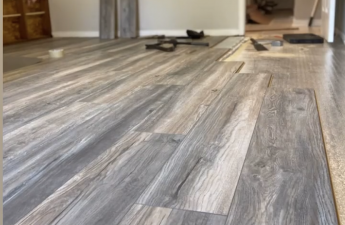 Before and After: Home Renovation