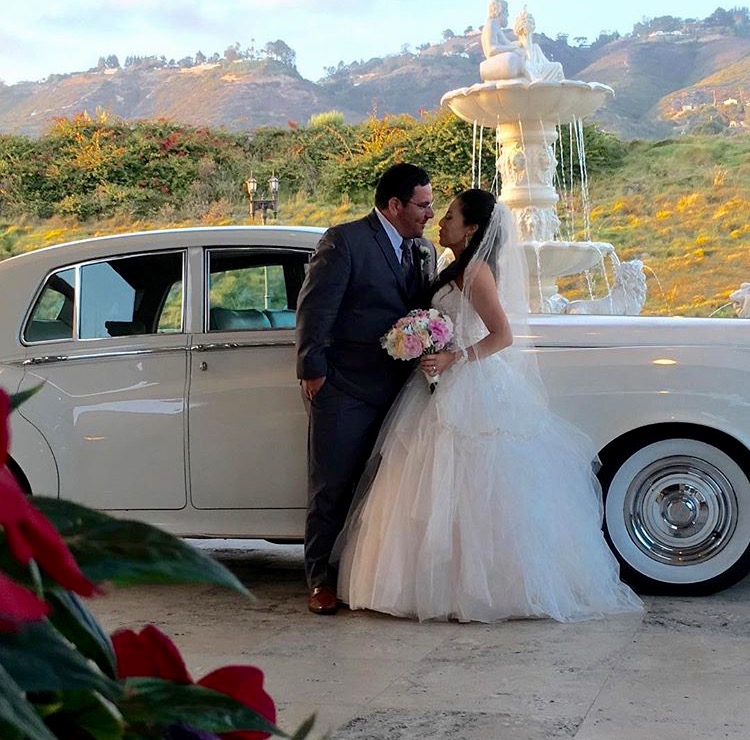 Today, Aaron and I are celebrating our five year anniversary. And I feel really proud of us. I’ll take you on a quick walk down memory lane if you are new around here.

Aaron and I met at a dog park about a year after I moved to Houston. I had Sawyer – and Aaron had Buttercup.

While we are polar opposites, we really hit it off right away. We also shared a lot of the same interests – like running. That picture is from the Aramco Houston Half Marathon that rained on me the entire time I was running. It was a tough one, but Aaron found me at several spots along the way to cheer me on!

We’ve celebrated lots of birthdays together – this was a birthday I did for him at Top Golf. And, Aaron proposed to me in California, which is a special place to both of us (I grew up there, and Aaron went to Boot Camp there when he was in the Marines).

This was taken right before he proposed. We had both run a half marathon earlier that morning – and it was our last night in California before we were flying back to Houston. And, it was on the beach during sunset. It was the best surprise!!!

I’ll have to share some of the details of the engagement party at one point, but we had it on a boat out of League City, which is where Aaron did a birthday party for me one year.

And, we got married in Rancho Palos Verdes, California on August 5, 2016. It was a day I’ll never forget – and one that I look back and remember so fondly. You can read my wedding recap part I here and part II here. I owe ya’ll part III. Every detail was perfection, and I wouldn’t go back and change a thing.

While the wedding was beautiful, the marriage that has blossomed and grown over these last five years – is even better. I wasn’t sure what I pictured life with Aaron to be like, but it is exciting, adventurous and steadfast. This year, especially, has thrown some curveballs our way – and we’ve both really needed the other to step up and step in. And we have. There is really no other person I would like to do life with than Aaron. So, cheers to five years – and here’s to many more!

We have plans to go out for a nice, anniversary dinner on Friday nights – and we are headed out of town next week for a little getaway! 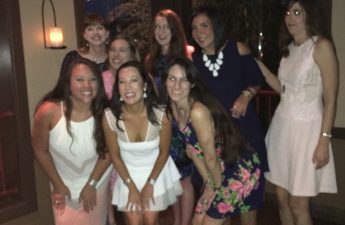 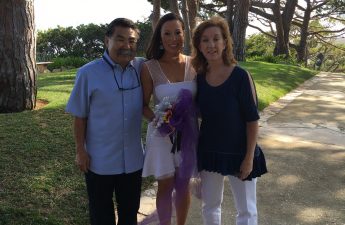